Offshore development provides a means for you to finish the job affordably. However, not all outsourcing locations are equally cost-effective in terms of producing quality. Here are the software development rates by country list that can help you choose the right solution for your business.

Vietnam is a developing market with advantageous terms for outside investors among other offshore software development rates by country. Vietnam is ranked fifth on MarketsInsider’s list of the “Best nations to outsource to in the World in 2019.”

With 3 reasons above, choosing a Vietnam offshore software company to accompany your business is a great idea.

India uses its sizable population to offer custom software development services between $25 and $50 per hour at low costs. However, this low cost comes at the tradeoff of less competent labor.

The Philippines has been ranked as the #1 location for offshore software outsourcing due to their availability of young professionals, friendly climate, and English language competency. You may get genuine value for your money in this country. It has the necessary government backing, political stability, infrastructure, and cultural affinities with the United States. Additionally, Metro Manila is ranked No. 2 in Tholons’ 2015 Top 100 Outsourcing Destinations list, giving the nation a prestigious position in the ranking of offshore software development costs by nation. English is superb but technical ability is lacking.

China has skilled labor and affordable operating costs, both of which are favorable for software testing. They charge between $30 and $60 per hour for their services. The language barrier is China’s biggest drawback.

Outsourcing software development rates in Poland are slightly higher than in neighboring Ukraine. However, such high software development costs per hour can be explained by the country’s excellent technical education and higher living standards. Polish outsourcing is also abundant in both freelancers and established businesses.

Ukraine stands out as a favorite offshore software development provider because of its school system, which annually produces over 36,000 I.T workers. It’s no surprise that Ukraine is a hotspot for technological start-ups. With a large pool of I.T specialists (over 90,000), it is up to you to select your chosen software development partners based on the skill set required. They have lower rates ($30-$50 per hour depending on the city) than their US and Canadian counterparts ($100), and their time zone is the same as most Western European countries, so tasks assigned in the evening here are worked on in the morning in Ukraine.

The charges in Romania are reasonable, with software development costs per hour ranging from $25 to $45. Nonetheless, the level of competence is promising: Romanian engineers are experts in the most complicated databases, languages, and algorithms.

Russia and Belarus have competent education systems, the necessary infrastructure, and a working cultural integration that seamlessly earns them a place in the ranking of offshore software development rates by country, with working rates close to that of their Eastern European counterparts Ukraine ($25-$40).

Brazil and the majority of Latin American countries, such as Chile, Argentina, and Mexico, are rising in the rankings of offshore software development choices by country. Offering hourly earnings of $30-$50, these countries share similar time zones to the United States, although offering moderate skills and having tight labor laws, particularly in Brazil. Language may also be a barrier.

Due to a similar structural foundation, Puerto Rico was the favorite offshore software development site prior to the recent infrastructural devastation caused by Hurricane Maria.

Colombia’s offshore software development rates are the same as those in the rest of Latin America. While Colombia has a large reservoir of IT expertise, the country’s tough criminal situation and a lack of English fluency make it less appealing compared to other IT outsourcing locations.

We have compiled a table of offshore developer rates by country and level of experience for your convenience:

What you need to know when sending a software project offshore

Following a review of software development rates by country, business executives must understand what to expect when outsourcing a project. Here’s what you need to know before sending a software project offshore: what factors influence project costs, guidelines for cost-effective project implementation, and how to identify the proper country and provider. A comparison of offshore software development rates is essential when determining which location to outsource to. However, software development costs vary greatly depending on a variety of circumstances, just like the cost of everything else. So, from the most obvious to the least obvious, consider the elements that generate price variations.

Experience and knowledge of developers

The cost of recruiting software developers is unquestionably influenced by this issue the most. Undoubtedly, a junior developer cannot anticipate receiving the same pay as an experienced offshore developer. A senior developer will not accept payment at the rate of a mid-level developer, either. A mid-level professional’s offshore developer rates in some countries may be on par with or even lower than those of a junior developer elsewhere, depending on the circumstances. The key issue is that, like all other professionals, software engineers get compensated for their knowledge and experience in situations like these.

Different programming languages have different levels of acceptability, and there are many of them. Due to this, there is a clear skills gap in the software development sector, but it is getting less. There aren’t many programmers that can code in every language, though, because some of them are still developing.

Additionally, some specialized abilities, such as the tasks and duties of a business intelligence developer, may cost more than you anticipate. However, we can anticipate some progress in the upcoming years. These factors influence the comparison of offshore software development rates.

Intensity of the project

Contract-related projects are particularly affected by the intensity of the project. You will be paid more for a project the more complicated it is to accomplish. When a project is complex, many people opt to outsource the whole thing to software development firms. In the offshore outstaffing model, the agency bills the customer and is solely in charge of paying the individual developers. As a result, you can spend less on extremely challenging assignments.

The cost of the service is significantly influenced by the outsourcing company’s location. Some people believe that offshore developer rates are lower in some places simply because such developers are of poorer caliber. That is untrue. Because living conditions and wages are lower than in other nations, labor costs are also cheaper.

Although there are a lot of options about offshore software development rates by country available, you should keep in mind that hiring a professional developer who can assist you in producing a high-quality product still takes time and money.

As such, we believe that IT services are not about finding work labor but about selecting a trustworthy technical partner. This guide compares prices in-depth and offshore software development rates by country for IT outsourcing. Others provide greater quality or more seamless communication, while some provide reduced rates. However, the choice is ultimately up to you. 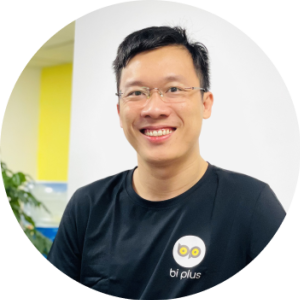